A very rare book in this format, not cheap in any format and some (appropriately) astronomical prices are quoted 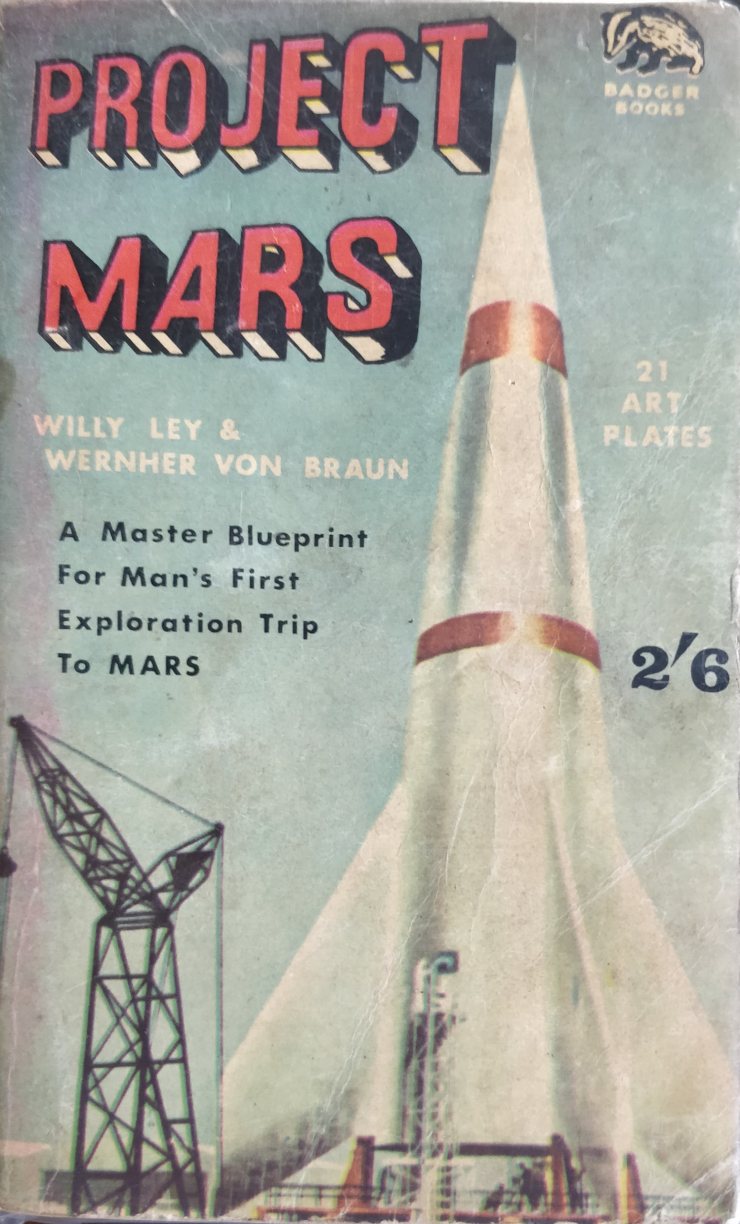 I did find this review so thanks to stonewall;

stonewallnz
5.0 out of 5 stars
Von Braun, frustrated space travellor.
Reviewed in the United States on September 25, 2010

Project Mars (the paperback version)is the most inspiring book ever written on space travel. Von Braun, having escaped from Nazi suppression and at last free to build his Mars ship, finds the “childish” Americans want to carry on the war and have little real interest in going to Mars. This book is the closest he gets to real space travel.
It is co-written by the science fiction writer Willy Ley, and includes an (unequalled but much imitated) history of Mars studies, a realistic enactment of a trip to Mars and (to show this amazing German actually knows what he is talking about!), full blueprints of the Mars ship, using engineering available at the time, and details of each manoevre required to go to the Red Planet and return. I read this book at ten-years-old; I read it over and over. You can see that all that Von Braun needed to get to Mars was a Government that shared his vision, and his scientific hunger. Each escape and entry hyperbola is drawn clearly; the proposed fuel (hydrazine), the method of landing and take-off… all crammed lovingly into a tiny book that I could afford to buy with tips from my paper run.
I put this book into a class library at a school I was teachibg at and (surprise!) it disappeared. Ever since, I have been trying to find it. I still remember the feeling that the colonisation of Mars was imminent. I still share the author’s disbelief that a great nation can find the time and money to invade four or five countries for no good reason, and yet begrudge the pennies needed to embark on its greatest enterprize. Maybe Tolkien is right and Man’s loud and proud boasting will, in the end, come to nothing. This is a story that might have been..

Neither Amazon or ABE have copies at the moment of this edition. My copy is complete and tight but obviously not new vg- if you are technically minded. I am asking £10.00 for it.