It must be at least 40 years since I read the “Bony” books of Arthur Upfield, I did enjoy them and searched out all the copies I could find. The books portray “outback” life in Australia. Upfield created the character of Detective Inspector Napoleon Bonaparte, based on a man known as “Tracker Leon”, whom he said he had met in his travels. Leon was supposedly a half-caste employed as a tracker by the Queensland Police.He was also said to have read Shakespeare and a biography of Napoleon, and to have received a university education. However, there is no evidence that any such person ever existed. The novels featuring Bony, as the detective was also known, were far more successful than any other writings by Upfield.

Arthur Upfield was born in Gosport, Hampshire, England, on 1 September 1890. His father was a draper. In 1911, after he did poorly in examinations towards becoming a real estate agent, Upfield’s father sent him to Australia.
With the outbreak of World War I, he joined the First Australian Imperial Force on August 1914. He sailed from Brisbane on 24 September 1914 to Melbourne. At the time of sailing he had the rank of Driver and was with the 1st Light horse Brigade Train (5 Company ASC [Army Service Corps]). In Melbourne he was at a camp for several weeks before sailing to Egypt.He fought at Gallipoli and in France and married an Australian nurse, Ann Douglass, in Egypt in 1915. He was discharged in England on 15 October 1919. Before returning to Australia, Ann gave birth to their only child, James Arthur, norn 8th February 1920.
For most of the next 20 years he travelled throughout the outback, working at a number of jobs and learning about Aboriginal cultures. A contributor of an article ‘Coming Down with Cattle’ to the first edition of Walkabout magazine, he later used the knowledge and material he had gathered in his books. 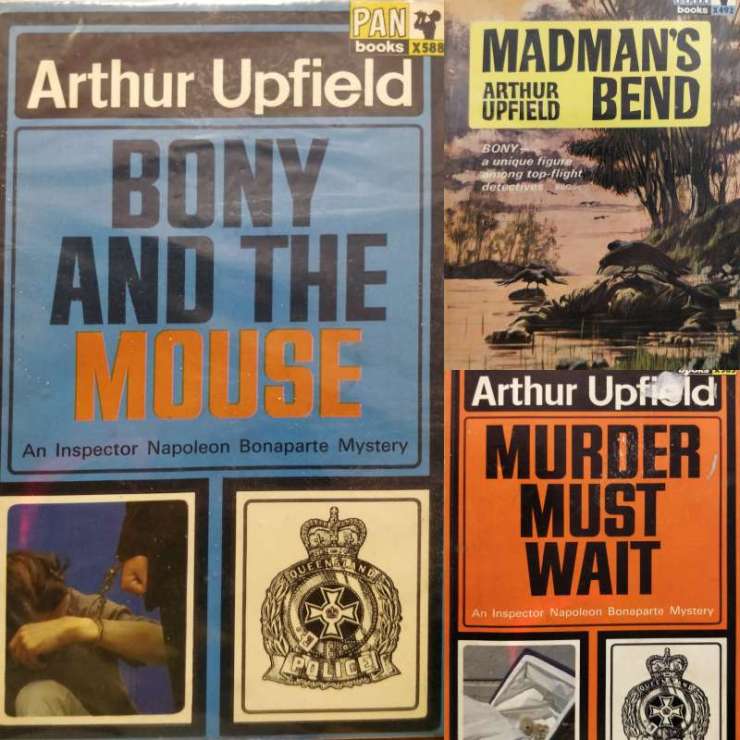