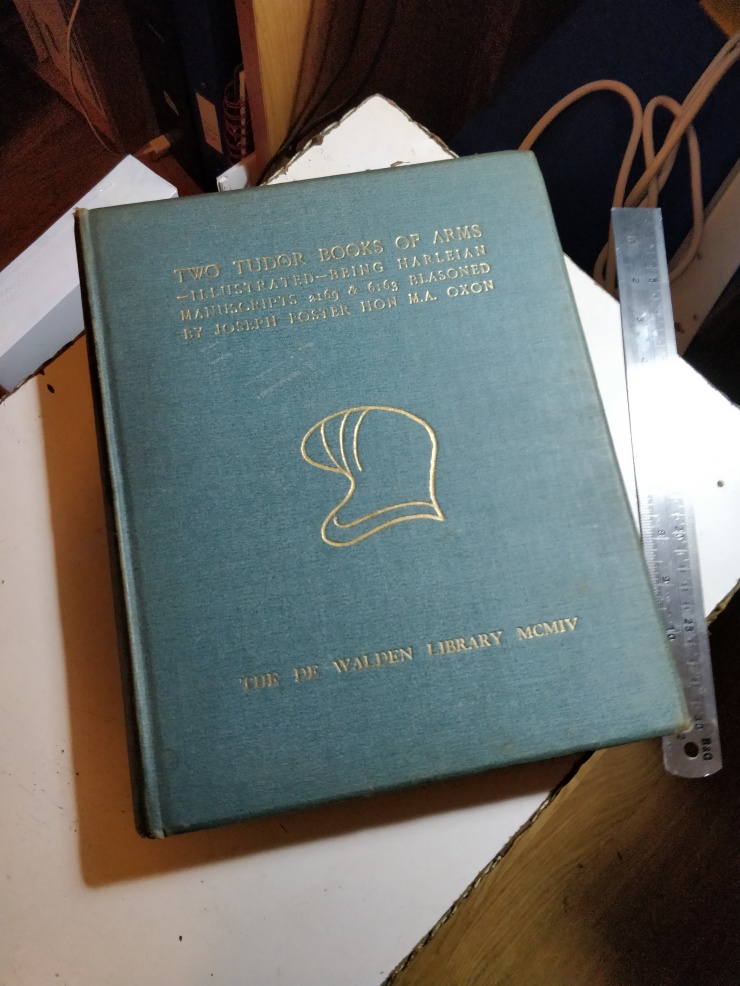 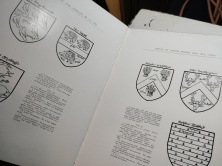 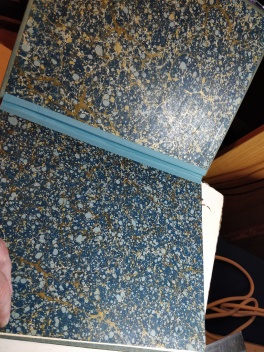 This copy has obviously been kept in a private library no stamps, no foxing or any of the other indications of age found with a book of this nature.

These manuscripts should appeal not only to the armorist, but to the self-styled heraldic artist, Iwhose art, as he practises it, is too often little better than the much abused coach painting, without the paint. His only authority is the spurious work in the pretentious books by which he is environed. To consult an heraldic manuscript is beyond his wildest dreams, and, even if he does, he does not seem to possess that critical faculty which would enable him to discriminate between the excellent and the mediocre. To him exaggeration is the Art of Heraldry, and hence to his own undoing he unconsciously drifts into heraldic caricature. In a spirited drawing by the Tudor Arms painter he will see no art, no charm, but with an air of triumph. Will present his comic cuts as something vastly superior, and the public and his patrons, being equally uninformed, are, alas! Equally pleased. As a case in point, I would recite an experience of my own. More than a quarter of a century ago, the late Garter, King of Arms, allowed one of my draughtsmen to have access to some of the art mss. In the College of Arms, so that examples might be taken. This resulted in Foster’s Peerage and Baronetage, containing a vast number of exquisite drawings, though many of them were’ only successful after the second or third attempt, yet caricatures, unfortunately, crept into its pages, as the hurried day of publication approached. This, however, was only the beginning of the mischief, for imitators now swarm in England, Scotland and Ireland, each with his own peculiar notion of what heraldry should be, as if it never had been; but I defy any expert to detect the true heraldic spirit or touch in any of their fancy work, much less to identify, with any certainty, many of the charges which these imitators affect to represent, notably the beasts and birds. Elsewhere we have seen the arms blocks of another utilized by the hundred without acknowledgment, and one is tempted to ask, is this the Art of Heraldry? In the case of the deceased, surely a tribute is due to the work of his hands.

OK so I “borrowed the description from the web. I am only asking £60 for this superb copy.